A loving environment for every child 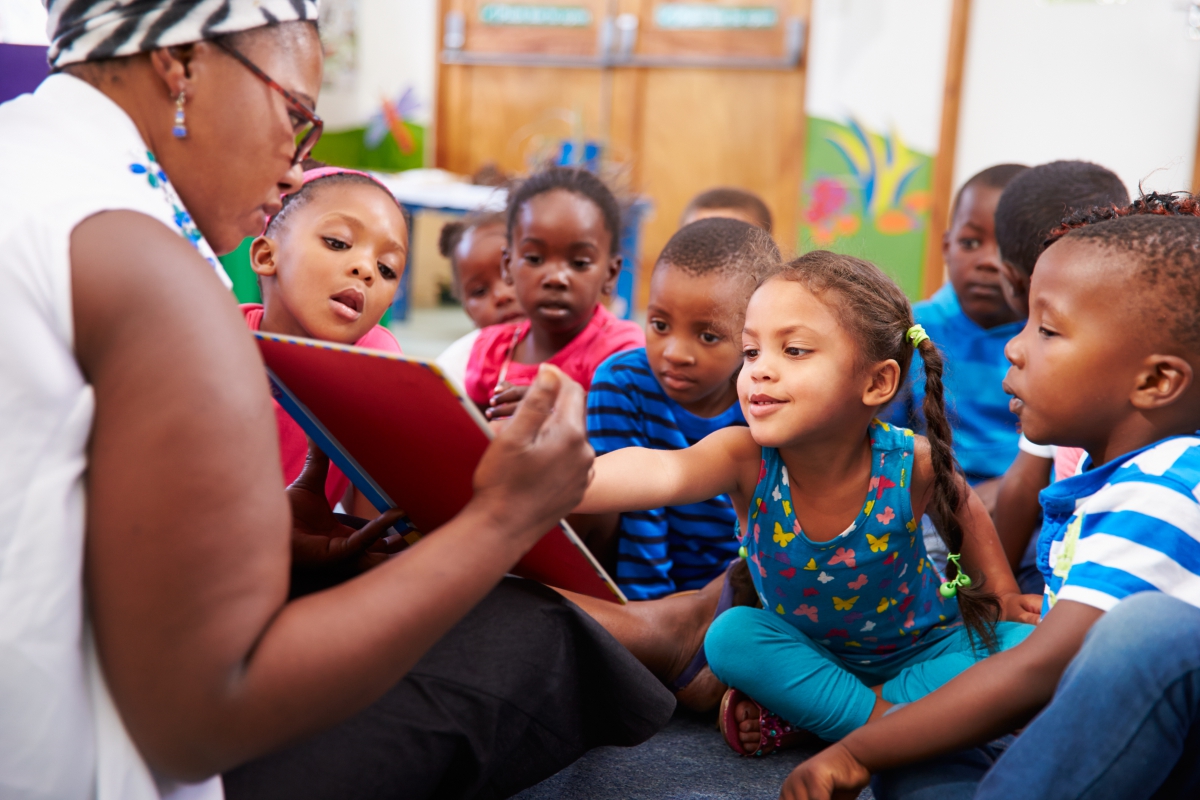 At Watch Me Grow Las Vegas, we take your child’s advancement in school and in life seriously. That’s why regularly read to the children in our care, regardless of whether they are in our infant program, before- and after-school program, or anywhere in between. Starting to read to children as soon as possible can enhance their cognitive development, improve their language skills, and expand their imagination.

The best way to introduce children to the magical world of reading is through picture books. Illustrations make it much easier for children to link concepts with words, and can help enhance the book’s story and its emotional resonance. They also help to expand your child’s imagination and cultivate an appreciation for art. Many picture books happen to be written and illustrated by the same person. In this post, we discuss seven of the greatest children’s book authors/illustrators of all time.

Our North Las Vegas daycare center features a large library of picture books appropriate for everyone from infants to middle schoolers. By reading with your little one daily, our early childhood educators introduce your child to exciting new concepts that they will use for the rest of their lives. Read on to discover some of our favorite authors/illustrators then get in touch with Watch Me Grow today to book a tour of our child development center.

The late, great author/illustrator Tomie dePaola created more than 260 children’s books within his lifetime, many of them becoming classics of the genre. Known for his simple, yet effective illustrations, dePaola wrote books on a variety of different topics, including holidays, folktales, growing up in his family, and more. He is most well-known for his Strega Nona series, particularly the first book in the sequence; Strega Nona concerns an edlerly Italian sorceress and her inept assistant, who causes her to create so much magic pasta that it nearly buries a town.

Known for her vivid, colorful illustrations and focus on nature, Jan Brett has been a favorite among picture book readers for years. Her picture books feature stories about animals and various human cultures around the globe, ranging from Scandinavia to Africa. Many of her picture books feature compassionate messages about respecting all living things. In addition to adapting traditional tales, such as the Gingerbread Man and Goldilocks, Brett writes many of her own stories, with the most famous being The Mitten, a whimsical winter tale, and Annie and the Wild Animals, featuring a bold and fearless female heroine.

Known for his colorful collages using hand-painted paper, Eric Carle is one of the giants of the picture book genre. Most of his stories focus on nature, particularly animals — an interest shared by many small children. His books are not only entertaining and visually stimulating, but they also help introduce children to the natural world around them.

His most popular book is The Very Hungry Caterpillar, which has been translated into more than 66 languages and sold more than 50 million copies worldwide. Other popular titles include The Very Lonely Firefly, The Grouchy Ladybug, The Very Busy Spider, The Mixed-Up Chameleon, and more. Almost all of his books come as board books, so they are appropriate for even the littlest readers.

Ezra Keats is considered one of the most important childrens’ book authors/illustrators of all time, because his picture books were among the first to feature a protagonist of color. Keats’s illustrations are made from beautiful cutout collages of patterned paper, fabric, oilcloth, stamps, ink spatterings, and other materials.Many of his stories feature real-life problems that are recognizable to young readers, such as loneliness, bullying, divorce, and more. The Snowy Day is his most popular book, earning him the 1963 Caldecott Medal; It was the first picture book featuring a Black protagonist to win this prestigious accolade. Some of Keats’s other popular titles are Peter’s Chair, Whistle for Willie, A Letter to Amy, and Goggles!

No list of children’s book authors/illustrators would be complete without Arnold Lobel, creator of the timeless Frog and Toad series. Lobel is known for creating picture books that feature animal protagonists who must come to terms with complex experiences and emotions. In fact, he once described his books as “adult stories, slightly disguised as children’s stories.”  Comprising four books, the beloved Frog and Toad series tells the tale of two unlikely friends — the adventurous Frog and the uptight Toad, who, despite their differences, learn to love each other.

Lobel is among a very small group of authors/illustrators who have received both the Newberry and Caldecott medals for excellence in children’s book writing and illustrating, respectively. Some of his other well-known titles  include Mouse Soup, Fables, Owl at Home, and others. Lobel’s books are technically classified as “early readers,” meaning they are most appropriate for emerging readers in pre-K through second grade.

You may remember Arthur the aardvark as the star of the Emmy-winning PBS Show Arthur, but did you know that the character originated from a series of picture books by author/illustrator Marc Brown? Starting with 1976’s Arthur’s Nose, in which Arthur must deal with self-consciousness about his face’s most defining feature, the Arthur series would go on to inspire dozens of other titles, including the popular Arthur’s Teacher Trouble, Arthur’s Halloween, Arthur’s Eyes, and more. Whether your child already loves the Arthur series or is looking to find a new underdog to root for, the Arthur books are sure to provide them with hours of  exciting adventures that they’ll be eager to return to.

Set Your Child Up for Success in School and Life at Watch Me Grow!

At Watch Me Grow Child Development Center in North Las Vegas, we love picture books. Whether catching up with colorful critters in the world of Eric Carle or exploring the mysterious settings of Maurice Sendak, your children are sure to love their adventures to faraway places at our daycare. In addition to reading time, we also provide the kiddos in our care with a variety of other stimulating activities, including art, computer time, science, outdoor play, and so much more.

We offer six distinct programs: infant care, toddler care, preschool, before- and after-school care, summer camp, and our NEW supervised distance learning program, offering before-, during-, and after-school care for children in kindergarten through eight grade. Want to learn more about everything we offer at our North Las Vegas child care center? Get in touch with us today to book a tour of our daycare facility!